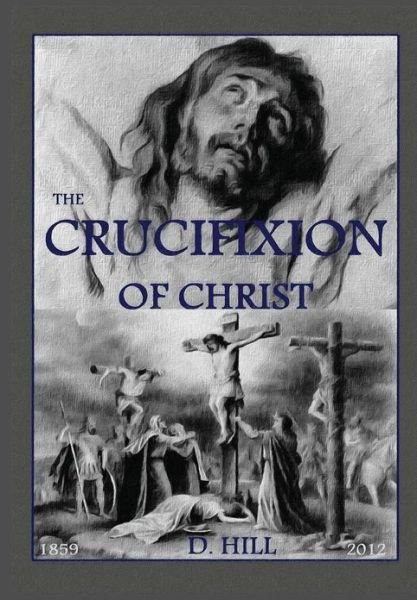 The Crucifixion of Christ: Second Edition

The Crucifixion of Christ: Second Edition

Publisher Marketing: - a riveting narrative and serious theological writing of the nineteenth century, authored by the most legendary fighting General of the American Civil War: "Lee's Fighting General" - Lieutenant General D. H. Hill {CSA} This masterfully written book has been recovered from over 150 years of literary obscurity; providing a gripping and original study of "the Crucifixion of Christ Jesus" to offer an insightful 19th century theological perspective of the crucifixion. Brevet Major D. H. Hill, brother-in-law to Stonewall Jackson, devout Presbyterian, and future iconic "Lee's Fighting General," chronicles Christ's Passion - his arrest, trial, scourging, and execution on the cross; offering an insightful and unique 19th century perspective of Christian theology, including the doctrines of salvation and atonement. Cries of "Crucify Him!," reverberating, excruciating "cracks" of the Legion's whip, Jesus' resonant maltreatment, humiliation and the vividly conjured sounds of his agony upon the cross echo thunderously throughout this brilliant motif; recounting with great specificity and biblical accuracy D. H. Hill's theological analysis of the events of Christ's Passion - when legendary men, such as the Apostles, Caiaphas and the Sanhedrin, orchestrated the pre-ordained events that lead to the knowing and willing sacrifice by Christ Jesus, as God's agent, to atone for humanity's sin and make salvation possible. "A must read for serious students of Christian theology." Masterfully edited, illustrated, compiled, and reprinted in this 2nd edition by the author of "Lee's Fighting General" - namesake D. R. Hill, this captivating motif immerses the reader in D. H. Hill's serious study of Christianity's most important theological drama that rivals even the greatest theologians of his era, yet its compelling narrative is told with such historical precision and specificity that it stands noteworthy of higher level theological study. So grab your Holy Bible, prepare your heart and mind and begin your study with Lee's Fighting General's theological sermon: "The Crucifixion of Christ!"