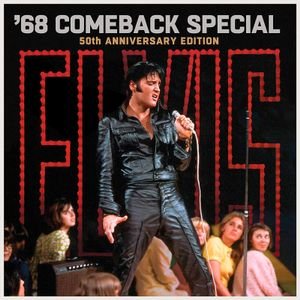 "The '68 Comeback Special" comprises, as closely as possible, the original television special as NBC would have broadcast it back in 1968. The original special, recorded over several sessions in June 1968, featured Elvis playing the songs that mattered most to him, in his first live performance since 1961. When it aired on December 3, 1968, the special was the week's highest-viewed television programme, re-establishing Elvis as a driving force in popular music. NBC's upcoming star-studded special "Elvis All-Star Tribute", will pay tribute to Elvis Presley's "'68 Comeback Special", recreating the iconic night with musical performances, including new performances from Carrie Underwood, Shawn Mendes, Post Malone, Darius Rucker and hosted by Blake Shelton. It will also showcase rare footage and interviews with Pricilla Presley and Steve Binder, the director of the original special, plus a special appearance from Lisa Marie Presley.