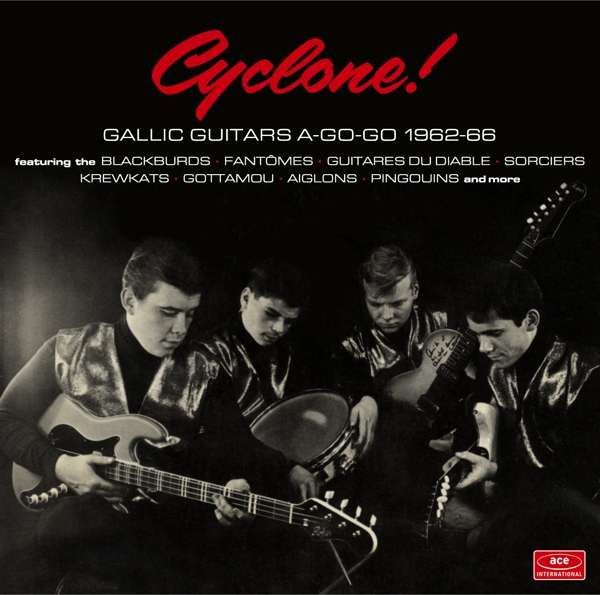 When rock'n'roll music hit the shores of France, it was embraced with a fervour more intense than in other European countries. The first wave of French rock bands set the stage for the later yé-yé scene and led a generation of Gallic teens to follow suit and launch their own groups. Many were inspired to form combos by the Shadows, the reigning kings of instrumental rock throughout Europe in the early 60s. Every country had bands vying to be the top instrumental group but nowhere was the competition more fierce than in Paris and, more specifically, at the Golf Drouot, a mini-golf/tea-room turned nightclub that became a rite of passage for every French band. Known also as "le temple du rock", the club became central to the fertile music scene in France, forming the connecting thread for all the bands heard on this compilation.

Among the musicians are the same players who contributed to the sound of much-adored artists such as France Gall, Sylvie Vartan and Johnny Hallyday by supplying their musical accompaniment. Some of the contributors are expats, such as America's jazz guitar great turned French producer/songwriter Mickey Baker, and others hail from closer, among them the UK's Krewkats, Tommy Brown and Micky Jones, but they all come together to form this quintessentially French collection for your listening pleasure.