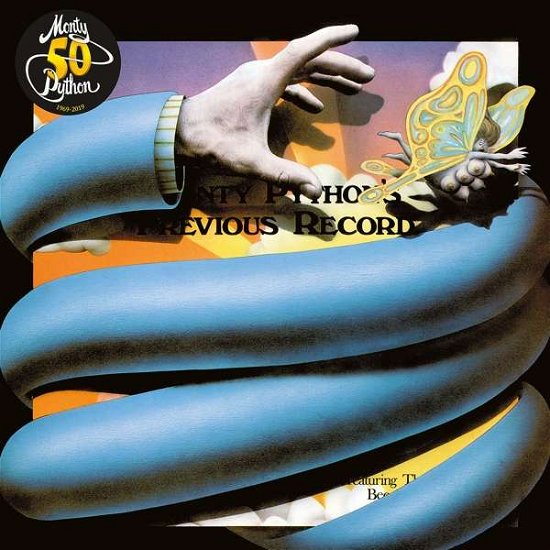 The 2nd Monty Python LP recorded for Charisma Records was the first of their collaborations with sound engineer Andre Jacquemin, as well as musician Neil Innes of the Bonzo Dog Doo-Dah Band. "What Andre was doing with music and sound effects was incredible," said Michael Palin. "Although he was only about 17 at the time, it was clear to me, as an old timer of 28, that we needed Andre for the Python records. I asked him if he wanted to help me make an album. Thankfully, he said 'Yes'".

The majority of the recordings were sketches written and performed for the third and final series of 'Monty Python's Flying Circus', broadcast at the end of 1972. Classic television Python, destined for 'Monty Python's Previous Record' including John's lupin-obsessed highwayman, Dennis Moore, Eric's wealth-obsessed host of 'The Money Programme' and Mike's customer service-obsessed client in the Argument Clinic. The Happy Valley Fairy Tale had originally been written for 'Monty Python's Fliegender Zirkus', a special episode for German television. This particular sketch, as far as the record version was concerned, also allowed a Python to utter the 'f word' word for the first time.

Jacquemin was under no illusions. This second Python effort was a big deal. "I knew it was an important project, not least for me," he recounts, "so I booked Radio Luxembourg in Hertford Street. Alan Bailey was working there at the time. I knew I'd be in safe hands if Alan was looking after the recording side. It was important for me to work with someone I knew and I still rate him as one of our best engineers. Then we just recorded it. It was a great experience".

As with the previous album 'Another Monty Python Record' the very nature of vinyl is all part of the joke. The very first thing you hear is Terry J. screaming "Not this record!" several times, before the needle is thankfully scratched away from his manic ranting. Once again, side one ends with Mike signalling that it's now time to flip your platter. Here it is in reaction to Eric's relentless holidaymaker sharing his never-ending gripes about the perils of package holidays. Mike's anguished "For God's sake, take it off!" brings relief as the needle is forcefully removed from the groove.

Clearly, Python had found their man of sound and he had hit the floor running. It had a clarity and depth and cleverness that just worked and, suggests Andre, "I saved them lots of money! We pulled the whole album in, top to tail, for a total cost of 10 thousand pounds. All of a sudden I was this guru who could save them money and take the worry of organising the recordings out of their hands. The fools still think I know what I'm doing!"