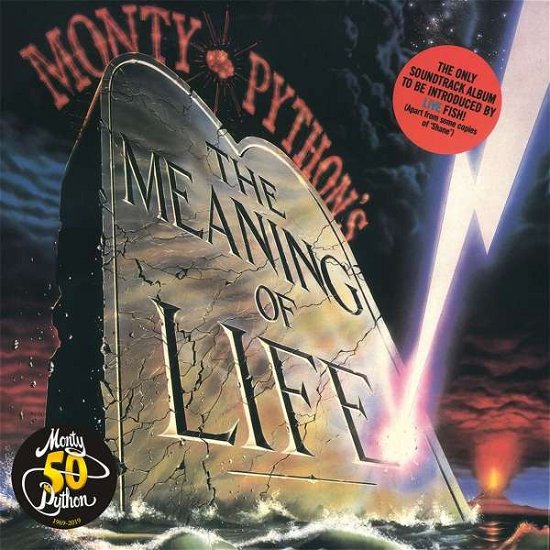 Although the Pythons were busy with solo projects, there was no doubt within the group that they would make another film when the time and material was right. "The press seemed to be obsessed with when we were going to break-up", says Terry Jones. "There was never a question of that. It was just getting harder and harder to get everyone together. In a way, Python became like going to work. Mike and I would write lots of material but some of us seemed less focused than others!".

As early as 1980, the team had over an hour of the new screenplay written: "we just didn't know what to do with it", explains Terry. "I thought it was very funny. I suggested we go back to our roots and do a film of sketches. I always thought that's where we were best. We were sketch comedians. John wasn't keen on that idea. He wanted to keep doing narrative films. Months and months went by and we would occasionally get together to talk about it. The material we had suggested was a life story of somebody. I think it was Graham who said: 'Well, it could be the life story of anybody!' and then Eric said: 'It's the seven ages of man. It's the meaning of life!' That was it!"

With the simplest of linking threads, 'Monty Python's The Meaning of Life' was mostly shot at Elstree Studios. Terry Jones, who directed the film, confirms that: "unlike the previous two films we could actually go home after each day's filming. It was like being back at the BBC. Only with much more money and more control". Of course, this also meant that the camaraderie of a location shoot was fragmented to some extent.

However, in the recording studio the opposite was true. Andre Jacquemin remembers that: "it was Mike and Terry Gilliam who produced the soundtrack album". As with the 'Life of Brian' album, the Pythons on production duty were naturally the Pythons who recorded the linking material. "Mike and Terry came in for a day or two with lots of notes on what they wanted", explains Andre. "They set me off and I'd start working. Pulling it all together, putting the effects on, the music. When I was at a point when I needed them to listen to it, I'd ask them back into the studio. They both seemed really happy with that arrangement because they knew I would do my best to achieve what they wanted. They trusted me to get on with it and to not steer it away from the spirit of Python. By that stage, the spirit of Python had seeped into my psyche!"

The spirit of Python had never looked more lavish than in 'Monty Python's The Meaning of Life'. It was clear that the musical numbers were going to be key to the soundtrack album. From the smallest salute to every euphemism for the penis to a three-minute ditty tackling the sheer vastness of all known space and time, it really was a case of the history of everything...put to music.

"When I think of the very best bits of Python," muses Terry J, most of it comes from 'The Meaning of Life'. I was pleased with how Christmas in Heaven worked. I'd written that song and I thought Graham was wonderful". Indeed, Graham as a Johnny Mathis-styled lounge singer is at the heart of this masterpiece of kitsch, effortlessly strolling through the excesses of consumerism and Christianity.

Even better is Every Sperm is Sacred, one of the most ambitious and sustained pieces of Python comedy and every bit as grand and impressive as the Oscar scooping musicals in whose footsteps it so faithfully followed. "It's just that," Terry J adds, "all that singing and dancing was about the refusal of the Catholic Church to condone birth control!"