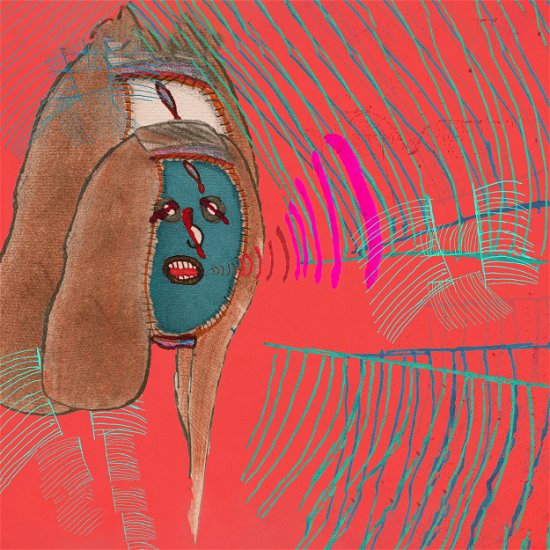 Tachys is a new duo consisting of Tobias Wilner (Blue Foundation, New York United, Ghost Society, Bichi) and Jonas Bjerre (Mew, Apparatjik). Equal parts pop and experimentation, their sound incorporates a unique blend of genres. With their catchy songwriting, Tachys uses their melodies as a guideline through a mix of modular synthesis exploration, quasi-psychedelic pop, synth/chillwave, and nostalgic swirling shoegazey guitars. It all progress into a blossoming dream-pop, filled with layers of textural electronics, catchy melodies and driving beats.

Tachys eponymous debut album is the culmination of roughly two years of work. Tobias Wilner and Jonas Bjerre, two childhood friends who have collaborated oftentimes in the past, but never in this capacity, found themselves having studios right next to each other during a period of lockdown in Copenhagen. Having talked about doing a project together for years, they finally found the time to do so.

Creating this album has been something of a musical journey, in which the only rule was artistic exploration and experimentation. It's a versatile album, with songs coming together in different ways, from cutting up things made on old PCs with software that was never released in alpha versions, to using modern production tools, recording strings, flutes, piano, modular synthesizers, shoe-gazy guitars through long chains of effect pedals and processing found sounds. The result is hard to box in. Sometimes eerie and soundscape-y, sometimes joyful and direct. The two of them take turns singing lead, adding harmonies to each other, embellishing on each others stories and experiments, and on occasion singing in unison.

Most everything on the album is handled by themselves, with the exception of drums on the song 'I Wish I Could Have Known You', featuring avant-garde drummer Frederico Ughi, known for his work with Daniel Carter, William Parker, and New York United. And the song 'You Can Be My Guide' features LA-based Malaysian singer Yuna, a phenomenal pop- and RnB artist. Yuna is mostly known for her work with Usher, Pharrell, Tyler, The Creator and Jhene Aiko.

Jonas Bjerre is most well known for his work with Danish alternative rock band Mew, but also does work as a composer for film and television. He is also in Apparatjik, a music and art collective consisting of himself, Magne Furuholmen of A-ha, Guy Berryman of Coldplay, and producer and songwriter Martin Terefe. As a vocalist, he has featured with many artists, including Duran Duran, Kimbra, Purity Ring, Blue Foundation, Silo, Molina, RAC, and Carly Paradis. He also works in visual art and animation. Tobias Wilner best known as bandleader, producer and lead vocalist from the band Blue Foundation and his several other musical projects like New York United, Ghost Society and Bichi. He has performed and recorded with Mark Kozelek, Erika Spring (Au are our Simone), Trentemøller, Jonas Bjerre, Daniel Carter, Federico Ughi, DJ Krush, Mew, Sara Savery, Sonya Kitchel, Findlay Brown, Apparatjik, and others. His music and songs has been sampled and covered by artist like Young Thug, French Montana, Machine Gun Kelly, Zeds Dead to name a few. Tobias Wilner also work as a visual artist and film composer.