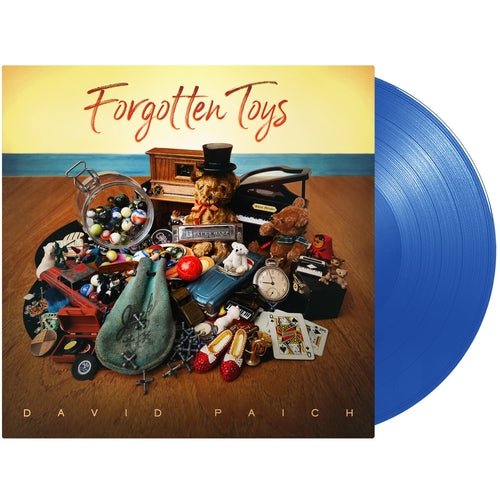 If you've ever listened the slightest bit to music, you have also heard David Paich's musical footprint at some point. He is a co-founder of and keyboard player/singer/songwriter in one of the most succesful bands of all time, Toto, where he wrote or co-wrote immortal classics such as "Hold the Line", "Rosanna" and "Africa". In addition, he is a stellar songsmith, having written songs for other stars (e.g. Cher, The Jacksons, Glen Campbell and Chicago) and arranged for iconic artists such as Michael Jackson, Rod Stewart, Donna Summer and The Doobie Brothers.

Now, for the first time, he has turned his musical focus inward and created his first solo album, Forgotten Toys . It may be described as a "solo" album, but Paich still found help from some musical playmates. Joseph Williams is co-producer and occasional co-singer, while bandmate Steve Lukather, Brian Eno, Michael McDonald, Steve Jordan and several others also helped make this solo project come to life.