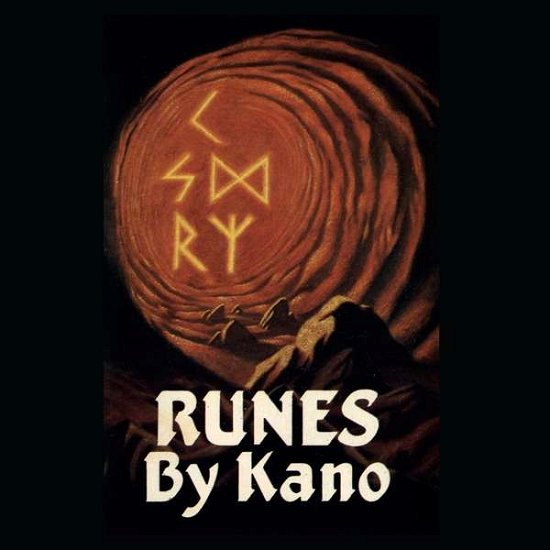 First ever vinyl release of this unique, dark and sparse, tribal, minimal synth, drone, trance, new age recording from the mysterious Kano. Previously only issued as an obscure cassette back in 1986 which is now much sought after. Runes is much darker, and brooding compared to its new age peers of the era. Drums, metalophone, synths and more leads you on a deep inwards trip via damp, cold and foggy caves to the ancients. Runes are reminders of our ancient future. They reveal messages of wisdom that are held deep within our hearts and consciousness. Runes remind us of the forgotten past, opening our minds into the Universal Mind. Archetypal runic symbols appear throughout the earth as relics of many ancient cultures including Hindu and Native American, but their primary origin as tools of divination is most often given as Nordic and Germanic. Their true source is perhaps, too ancient and arcane for us to ever know with historical certainty. The music of Runes music is of such power and beauty, that it can be effective for inducing states of consciousness that allow deep meditation, channeling and trance. Runes is an extraordinary musical experience. Kano, described as 'a trance musician from Colorado' on the original release, was Don Campbell in real life and the Runes cassette was eventually issued under his name too. Born in 1946 in San Antonio, Texas, Don Campbell spent his high school years in Europe, studying classical music with the legendary Nadia Boulanger and Jean Casadesus at the Fontainebleau Conservatory in France. A graduate of the University of North Texas, he began his professional career as a music critic and teacher for seven years at St. Mary's International School in Tokyo. Campbell's interest in sound, healing and education have taken him to over forty countries through the years. He has researched and documented the role and uses of music in therapeutic settings, psychology and imagery applications, educational programs and the contemporary and indigenous spiritual traditions. In 1988, Campbell founded the Institute of Music, Health and Education, serving as its Director until 1995. He is also the author of 23 books, some of which have been translated in to 24 languages. Additionally, he served as Acoustic and Musical Director of Aesthetics Audio Systems, an innovative company that provides quality music to healthcare facilities, until his passing.