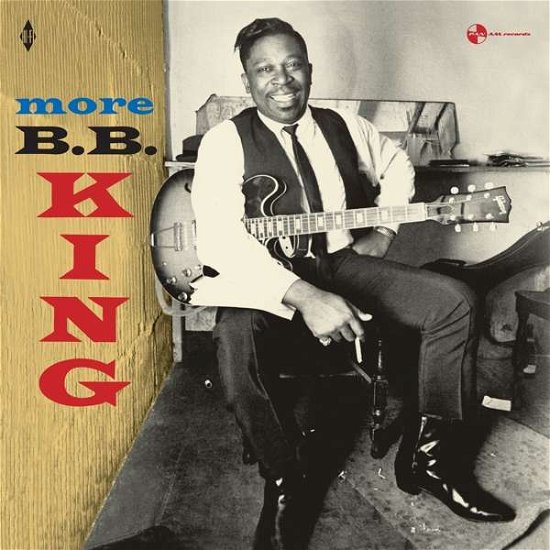 This essential LP edition includes King's superlative album, More B. B. King, originally issued in late 1961, and long unavailable on vinyl. It marked his seventh budget-priced LP on the Bihari brothers' Crown label (a subsidiary of Modern Records). The majority of the tracks were recorded just before B. B. King changed record labels from Kent to ABC Paramount in 1962 (the exceptions being "Shut Your Mouth" and "Baby, Look at You," which date back to the mid-'50s). The album is an entertaining mix of booting R&B, blues ballads and instrumentals, drawn primarily from the Kent singles of the period. Stylistically, the compositions embrace mature, string-laden ballads alongside straight R&B shuffles and urban blues. These are quality recordings orchestrated by the great Maxwell Davis. In addition to the original LP, this PanAm collector's release includes 4 bonus tracks from the same period: the heart-felt ballads "Lonely and Blue" and "Downhearted", plus "I Need You Baby" and the joyful blues "Jump with You Baby."

Arranged and conducted by Maxwell Davis.

With the exception of:

with You Baby": B. B. King (vocals and guitar), Maxwell

"Downhearted" and "I Need You Baby":

B. B. King (vocals and guitar), Plas Johnson (tenor