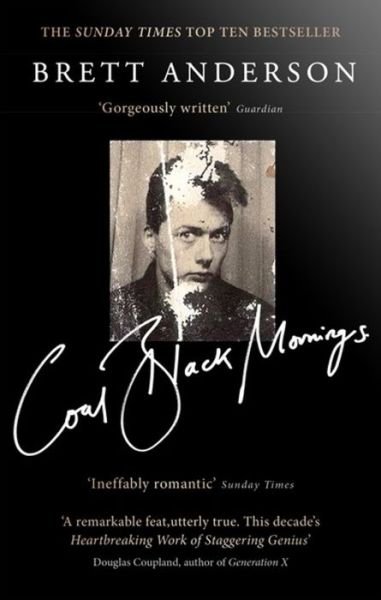 Brett Anderson came from a world impossibly distant from rock star success, and in Coal Black Mornings he traces the journey that took him from a childhood as 'a snotty, sniffy, slightly maudlin sort of boy raised on Salad Cream and milky tea and cheap meat' to becoming founder and lead singer of Suede.

Anderson grew up in Hayward's Heath on the grubby fringes of the Home Counties. As a teenager he clashed with his eccentric taxi-driving father (who would parade around their council house dressed as Lawrence of Arabia, air-conducting his favourite composers) and adored his beautiful, artistic mother. He brilliantly evokes the seventies, the suffocating discomfort of a very English kind of poverty and the burning need for escape that it breeds. Anderson charts the shabby romance of creativity as he travelled the tube in search of inspiration, fuelled by Marmite and nicotine, and Suede's rise from rehearsals in bedrooms, squats and pubs. And he catalogues the intense relationships that make and break bands as well as the devastating loss of his mother.

Coal Black Mornings is profoundly moving, funny and intense - a book which stands alongside the most emotionally truthful of personal stories.

Mais ofertas: Books about the world's most famous actors and musicians