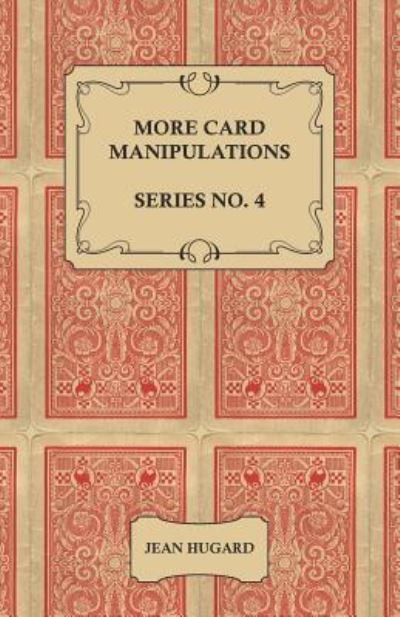 This book contains the fourth in the series of handbooks on card manipulation by master magician Jean Hugard. Card manipulation is an element of magical illusion concerning the creation of effects through sleight of hand techniques that involve playing cards. It is commonly employed in magical performances, particularly in street magic. Jean Hugard's fantastic series "More Card Manipulations" includes simple instructions for a variety of fantastic card tricks, making it ideal for novice illusionists or related collections of literature. Contents include: The Faced Deck", "The Gambler's Table Change", "The Spread Pass", "The Thumb Side", "New Method of Picking up an Arranged Pack", "An Easy Force", "Reversing the Bottom Card", etc. Jean Hugard was an Australian professional magician. By the end of his life he had gone blind, having lost sight in both eyes as a result of cataract-removal operations. Despite his handicap he continued his work with magic at his home in Brooklyn, New York. Contents include: "Hugard Card Control", "Bottom Palm Shuffle", "To Shuffle or Not to Shuffle", "The Ruffle Force", "The Count Force", "The Lyons Force", "Double Lift Substitute", "Card Control", "The Cut Pass", "The Grote Instantaneous Palm", etc. Other notable works by this author include: "Show Stoppers with Cards" (1948), "Royal Road to Card Magic" (1948), and "Houdini's 'Unmasking': Fact Vs. Fiction" (1957). Many vintage books such as this are increasingly scarce and expensive. It is with this in mind that we are republishing this classic volume now in an affordable, modern, high-quality edition complete with a specially-commissioned new introduction on card manipulation.