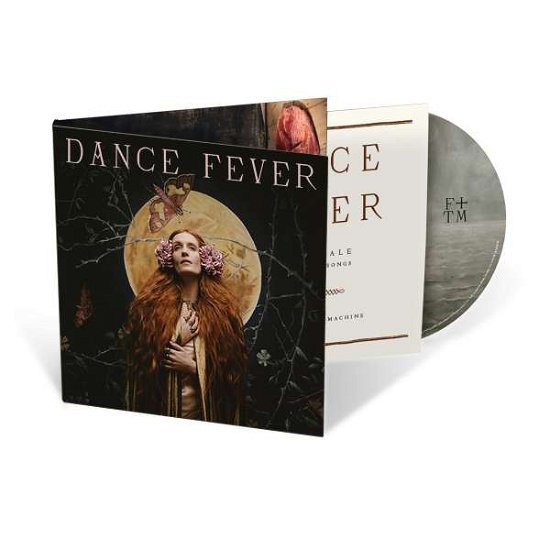 Florence + The Machine's Dance Fever was recorded predominately in London over the course of the pandemic in anticipation of the worlds reopening. It conjures up what Florence missed most in the midst of lockdown -clubs, dancing at festivals, being in the whirl of movement and togetherness -and the hope of reunions to come. Its the album that brings back the very best of Florence - the festival headlining Boudicca, wielding anthems like a flaming sword.

Just before the pandemic Florence had become fascinated by choreomania, a Renaissance phenomenon in which groups of people - sometimes thousands - danced wildly to the point of exhaustion, collapse and death. The image and concept of dance, and choreomania, remained central as Florence wove her own experiences of dance - a discipline she turned to in the early days of sobriety - with the folkloric elements of a moral panic from the Middle Ages.

Dance Fever is an album that sees Florence at the peak of her powers, coming into a fully realised self-knowledge, poking sly fun at her own self-created persona, playing with ideas of identity, masculine and feminine, redemptive, celebratory, stepping fully into her place in the iconic pantheon.