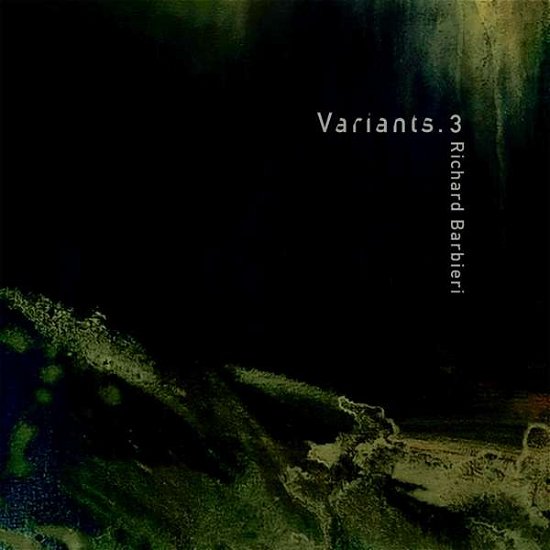 In 2017, Richard Barbieri released his most sonically expansive work to date. 'Planets + Persona' is his third solo album, but the first to feature such a wide pallet of instrumentation. Vintage analogue synthesisers combined with acoustic performances and jazz elements, including some stark and memorable improvisations from a personally hand-picked group of musicians, a release that has been greatly received by a dedicated and growing fan base.

'Variants.3+4' is the second 2LP to be released in a series presenting a collection of disparate pieces of music from past and current works. It features live performances with guest musicians Percy Jones, Luca Calabrese, Gill Morley, Lisen Rylander Löve and Suzanne Barbieri. It also contains six new studio recordings, including an intended Porcupine Tree intermission piece, a variation on themes written for PT's "Black Dahlia", a significantly updated 2017 live version of the Japan B-Side "The Experience Of Swimming", the evocative "1979 Rehearsal Room" and a live version of "Solar Sea" from 'Planets + Persona'.

As a member of the new-wave pioneers Japan, Barbieri was a leader in creating the ground-breaking synthesiser sound and use of electronic equipment that influenced a generation of artists. Together, the band recorded five studio albums culminating in the ground-breaking 'Tin Drum', which stayed in the UK Albums Chart for a year.

Following Japan, Barbieri joined Steven Wilson in the formative years of the legendary progressive outfit Porcupine Tree, playing keyboards on all the band's albums since 1993 as well as releasing two striking solo albums: 'Things Buried' and 'Stranger Inside'.

'Variants.3+4' is presented on 180g heavyweight vinyl in a gatefold sleeve and features a new live photo print.