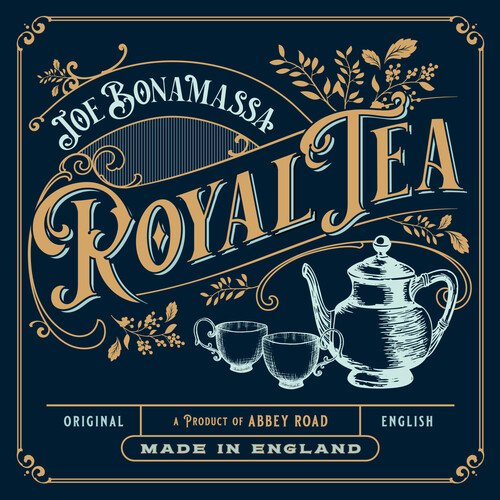 Royal Tea brings Bonamassa full-circle. These ten tracks reconnect the 43-year-old bandleader with the guitar-slinging kid from upstate New York, who stumbled across Jeff Beck Group's Let Me Love You, John Mayall's Bluesbreakers With Eric Clapton and Cream's Disraeli Gears in his dad's vinyl collection - and promptly swore a lifelong blood oath to the British blues. "I would have been about twelve years old, and it was the sound I heard in my head. Like, 'OK, I'm in. That's what I want to be'. If I had a time machine, I'd have been born in '46, turned twenty in '66 - and come here, to London."

Co-writing Royal Tea with a cast of homegrown notables including former Whitesnake guitarist Bernie Marsden, ex-Cream lyricist Pete Brown and national-treasure piano man Jools Holland - not to mention trolleydashing Denmark Street's guitar shops for British-made amps - only added to the vibe. "Writing this record in London has done its job," reflects Bonamassa. "It really does sound inherently British. Bernie and I, we finish each other's sentences. We're cut from the same cloth. One of the things about Bernie is, I just have to ask him, 'What would the British do?' He had all of those chord changes. And I'm like, 'Ah, that's the sound'. And then you get all of these tunes..."

Ultimately, from the jaws of disaster, Joe Bonamassa has snatched a career-best release with Royal Tea, chalking up another chapter for the Abbey Road folklore, and finally delivering the album he's dreamt of since the start.