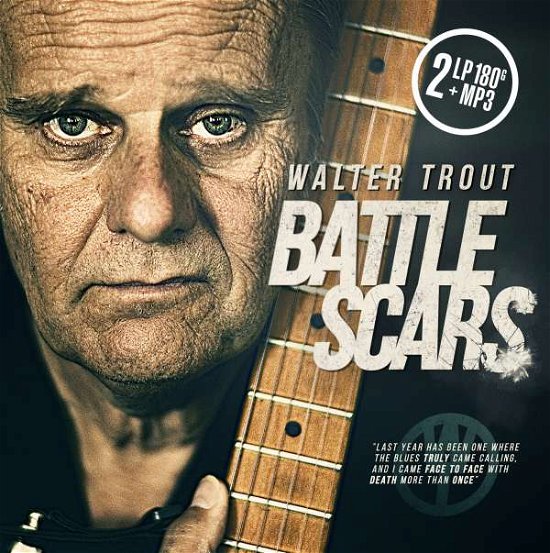 With bristling energy, unflagging virtuosity and lyrics that cut to the core of human hope and willpower, Walter Trouts new album, Battle Scars, chronicles his horrific battle with liver failure. But the 12-song set, which will be released worldwide by Mascot Label Groups Provogue Records on October 23 also captures the international guitar hero, on a new high playing and singing at the peak of his abilities, infusing even his darkest numbers with creative joy that sweeps like a beacon.

Over the decades Trout has accumulated numerous honors. He is a two-time winner of the Overseas Artist of the Year title at the British Blues Awards, and is a three-time Blues Music Awards nominee. Trouts six-string prowess earned the number six slot in BBC Radio 1s Top 20 Guitarist listeners poll, tying with Queens Brian May.

Trout is now moving triumphantly forward in his 50th year as a guitarist. He is in the midst of a global tour with his band: keyboardist Sammy Avila, drummer Michael Leasure, and new bassist Johnny Griparic, who joined in time to record Battle Scars in Los Angeles Kingsize Soundlabs with Trouts longtime producer Eric Corne.