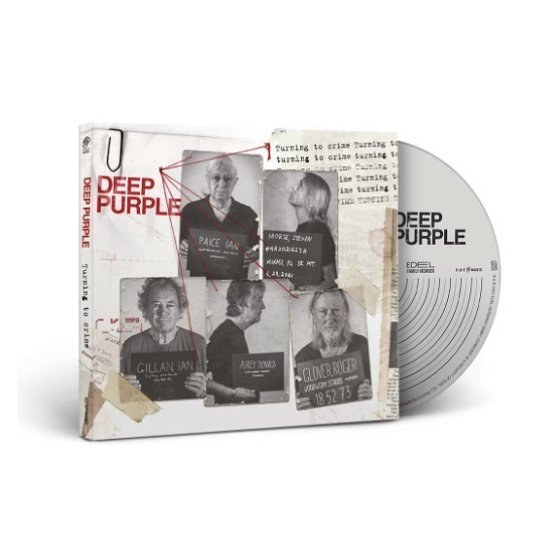 Deep Purple's new album Turning To Crime will reach the worldwide community of Deep Purple loyal fans only 15 months after Deep Purples latest studio album "Whoosh!", an album saluted by prestigious chart achievements and acclaimed by critics who praised the creative strength of a band that continues evolving with every release.

Turning To Crime is the first studio album by Deep Purple entirely made of songs not written by the band and previously recorded by other artists. It is Deep Purple enjoying themselves without any commercial considerations with their edge and drive intact!

The album features studio recordings of songs previously released by Love, Huey 'Piano' Smith, Fleetwood Mac, Mitch Ryder & the Detroit Wheels, Bob Dylan, Ray Charles & Quincy Jones, Little Feat, The Yardbirds, Lonnie Donegan/ Johnny Horton, Bob Seger System, Cream, + the 'Caught In The Act' medley feat. songs by Freddie King, Booker T. and the M.G.'s, The Allman Brothers Band, Led Zeppelin and The Spencer Davis Group. All the cover versions came to life without the band being in the same room - the first time in their career that they have recorded an album this way.