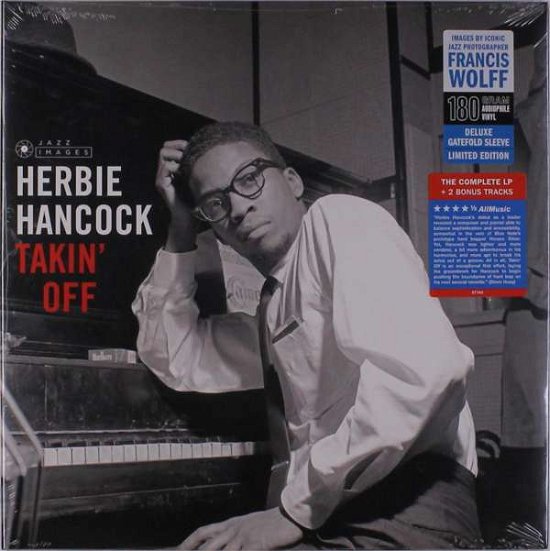 Takin' Off was pianist Herbie Hancock's (born in

album under his own name. All of the compositions

are by the leader, who is backed by such stars as

Billy Higgins. The album includes one of Hancock's

made it to the Top 100 on the pop charts. The tune

would become a jazz standard, after being covered

by Mongo Santamaria, among others. Initially, Blue

Note producer Alfred Lion had told Hancock that his

first studio session as a leader should combine a

selection of original compositions and well-known

jazz standards. However, after hearing the potential

of "Watermelon Man", the producer urged the pianist

to complete the LP with his original tunes. Takin' Off

caught the attention of Miles Davis. Hancock was

introduced to Davis by the young drummer Tony

Quintet, Hancock would help to redefine the role of

a jazz rhythm section and was one of the primary

architects of the post-bop sound. He was one of the

incorporate the funk genre into jazz.