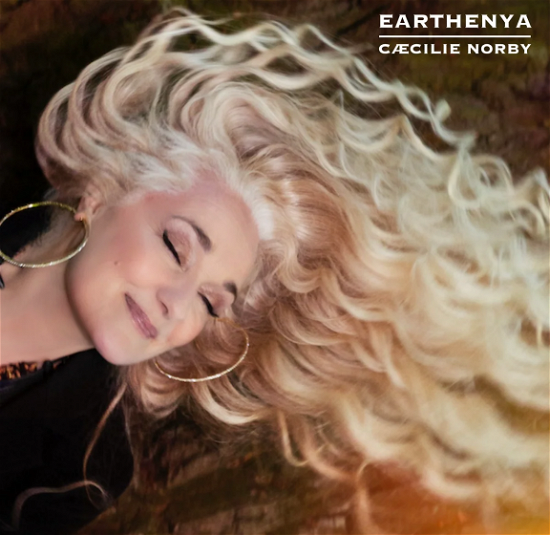 EARTHENYA is Cæcilie Norby's 14th solo release and the first in 17 years, where all music and lyrics are written exclusively by herself. Her formidable abilities as a storyteller unfold anew in the songs, where relatable subjects are conveyed with an elevated insight, experience and empathy. As a "one off", Cæcilie releases the album EARTHENYA on her own newly established label LOUD LADY MUSIC, as she with this particular release wanted to explore the more pop and soulful sides of herself.

On the album, Cæcilie takes us through 11 strong moods, where music and poetry depics scenes from her life. A kind of autobiographical fiction in each song. One from her early childhood in the seventies about the missing friend with the mysterious tormented eyes. Another from a lifelong friendship where explanations are redundant. Then there is a close-up of a vibrant reunion with a former lover- reminiscing the impossible love that never died. Another is about letting go of a dysfunctional relationship, accepting its demise and enjoying their final destructive ride downhill. Earthenya (the album's title track) is an ode to the earth/mother nature. A realization that even though it should be obvious that the earth means the world to us, we can't stop ourselves from destroying it. Not unlike how we at times forget to appreciate and nurture our closest relationships, while there is still time.

The core and overall theme of the songs on the album seem to revolve around hard earned experiences that brings a person to a status quo, where one starts acting consistent to avoid repetitive anguish. Where you say what you think and accept the irrevocable state of things - and act on it. Really to clear the path and cherish living life to its fullest. No more b.......

"When I took part in the Danish TV show 'Toppen af Poppen' (2019), a strong chemistry immediately arose amongst the musicians and myself. Subsequently I put together a dream band consisting of the pianist and guitarist from the show and some other fierce players on bass and drums. The four of us went on tour for several months and had a ball. The tour sparked a desire to record an album with these musicians exploring the more soul and pop orientated sides of my musicality. In the studio we all experienced a light and free sensation in how we could express ourselves musically. The music came first, and within the music, stories that were on my mind and in my heart revealed themselves. The lyrics are personal descriptions - stories and insights into my own experiences, or someone close to me. There are songs about love (even the one you can't save), about friendship, about loss, and about how important it is to hit the brakes when things have gone off the rails."